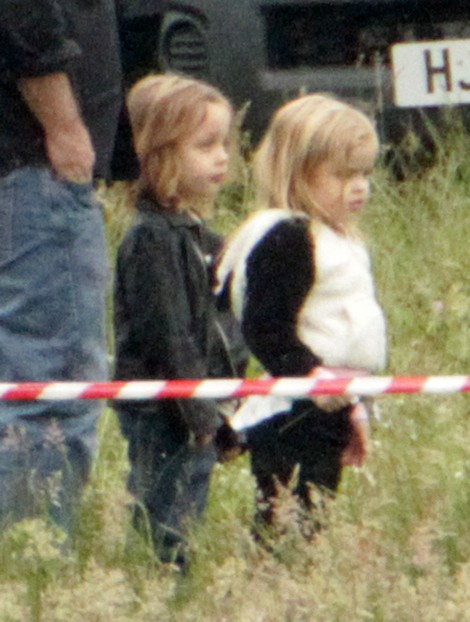 Vivienne Jolie-Pitt, the four-year-old daughter of Angelina Jolie and Brad Pitt has landed her first acting gig in a movie.  The tike will be seen in ‘Maleficent’ and she will star alongside her famous mother Angelina playing her on-screen daughter.

A source told The Sun newspaper: “Ange thought it would be a fun experience for her and Viv to share, and Viv is a natural.  The other kids are now nagging Ange and Brad to land them roles.”

Angelina persuaded producers that her daughter was perfect for the role of young Princess Aurora in the reworking of classic fairytale ‘Sleeping Beauty’.

Brad and Angelina have six children together, Maddox, 11, Pax, eight, Zahara, seven, Shiloh, six, and four-year-old twins Knox and Vivienne.  Vivienne will be filming scenes with Angelina in the UK this summer, and ‘Maleficent’ is scheduled for release in 2013.