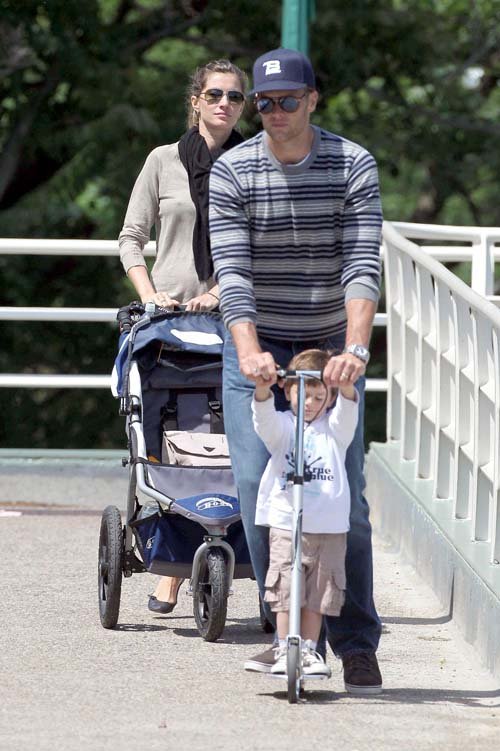 Not only is Tom Brady a hottie, but an amazing dad too!

The NFL quarterback who has two kids, four-year-old Jack with ex Bridget Moynahan and two-year-old Benjamin with Gisele Bundchen admits he loves to shower the boys with kisses and cuddles.

“I grew up [in] … an environment where people weren’t afraid to express how they really felt or to express their emotions,” he said to VMAN magazine.

“I’m very blessed to be able to do that because with my two boys – I kiss them a thousand times a day.”

Brady also revealed he would love four children and his main ambition in life is to be a good dad.

“I want to have four kids and I want to be a really good dad, too,” he said.

Calling For Back Up: Sick Babies, Sick Mama