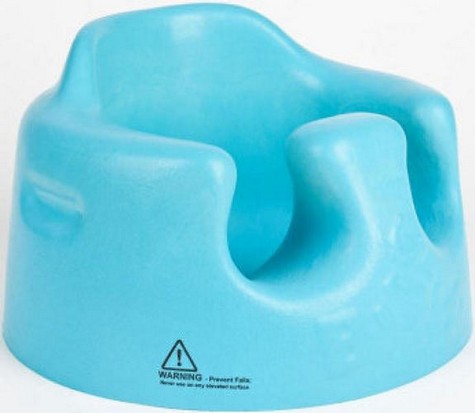 Bumbo International Trust is voluntarily recalling about 4 million Bumbo Baby Seats after a multitude of injuries, including skull fractures, the South African company and the Consumer Product Safety Commission (CPSC) said in a statement released on Wednesday.

Since an earlier recall in 2007, at least 50 incidents have been reported in which babies fell while the molded-foam seat was on a raised surface. Nineteen of those incidents included skull fractures.  Another 34 reports have been received of infants hurt while the one-piece seat was on a floor or an unknown elevated surface. Two babies sutfered fractured skulls while in this position.  People with the seats are urged to stop using them until they install a repair kit to remedy the existing problems.

Rachel Weintraub, director of product safety at the Consumer Federation of America, one of the advocacy groups said The CPSC move comes after consumer groups urged the commission in February to recall the seats.  “This is a very important action that they are taking,” she said. “These hazards shouldn’t happen. It should never cause these kinds of injuries.” says Weintraub.

The Bumbo seats were sold at Babies R Us, Sears, Target Corp, Toys R Us, USA Babies, Walmart and other stores and online sellers.. They were sold from August 2003 through August 2012 for between $30 and $50.