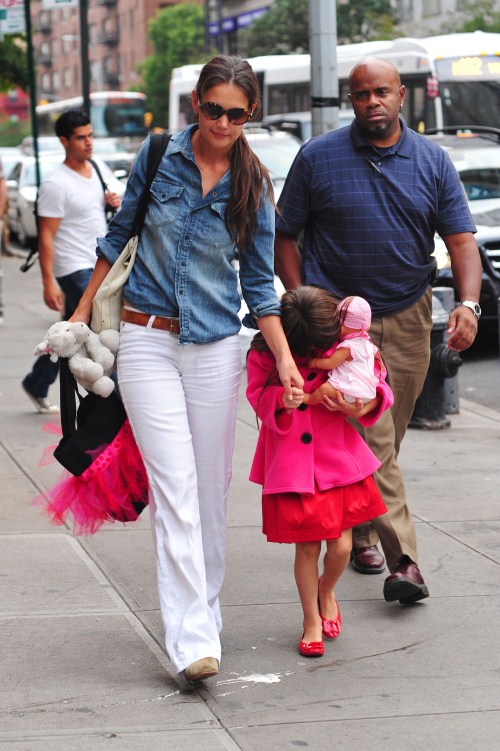 Katie Holmes and her six-year-old daughter Suri Cruise were spotted heading to the Make Meaning activity center in New York City, New York on Monday.  Holmes wore white jeans and a casual jean blouse while guiding Suri by the hand to the center.  Suri who looked adorable in a red dress with a matching jacket and flats was not pleased to see the snapping photogs and hid her face in her jacket. Later, the two headed to a local bakery to pick up treats for home.

In the weeks since her separation from Tom Cruise, Holmes has tried to establish a normal childhood for Suri.  Sources reveal that the actress wants Suri to  “get used to” playing with children her own age and learn how to share toys before she starts school for the first time this fall. Additionally, Holmes made Suri pack her own bags and fly commercial for the first time on their recent trip to visit family in the Midwest.