Hilary Duff’s Son Luca Is Getting His First Tooth 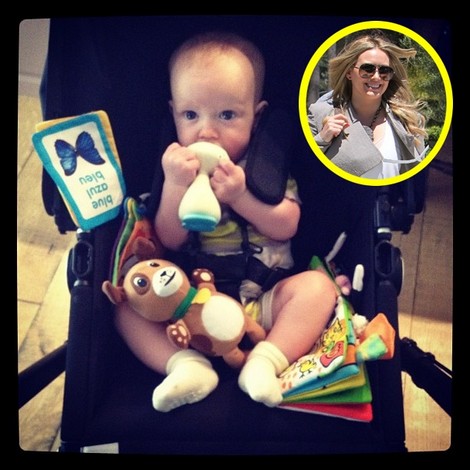 Hilary is having a great time being a Mom and took to her twitter to let her fans know that Luca is teething.

Hilary tweeted, “Luca is cutting a tooth!!! It’s the cutest/saddest(because it hurts) getting so big my boy!! Gunna have a little toof lol “

It’s a big milestone for any parent when their child gets their first tooth.  My Ava has finally gotten two teeth and she looks adorable with them!

Do you remember when your little one got her/his first tooth?  Hit the comments and let us know!