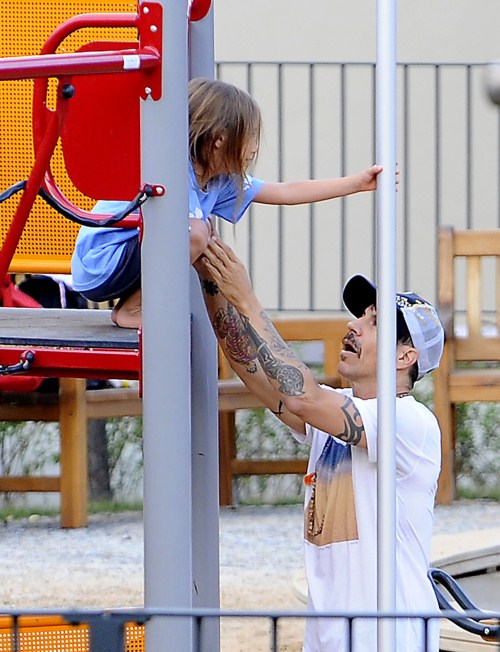 Anthony Kiedis and his girlfriend were spotted taking his four-year-old son Everly Bear to a playground in Prague, Czech Republic on Sunday. The Red Hot Chili Peppers frontman played along on a teater totter and helped Everly down from a jungle gym.  The three of them then chased each other around the park.

The Red Chili Peppers are currently in Europe for the latest leg of their world tour. Last month, the band performed at sell-out shows in California and Illinois.

Jennifer Garner Loves The New Experience Of Raising A Son