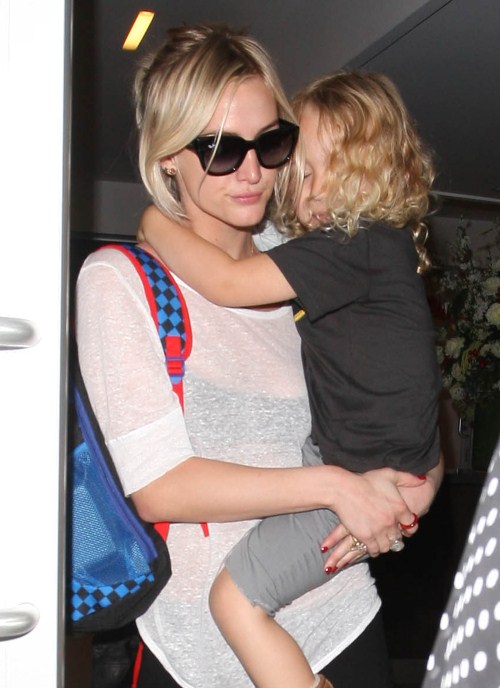 Ashlee Simpson and her three-year-old son Bronx were spotted getting ready to jet off from LAX Airport in Los Angeles, Ca on Wednesday.  The singer wore a white top with black sweats as she carried a camera shy Bronx into the airport terminal.  The mother-son duo were heading to New York City.

Earlier this month, Simpson’s father Joe was charged with two misdemeanor counts of driving under the influence on Tuesday. The two counts carry a maximum penalty of 36 months of probation, six months in jail and $1000 fine for each charge, a spokesperson for the Los Angeles City told.

Giuliana and Bill Rancic Are About To Become Parents!