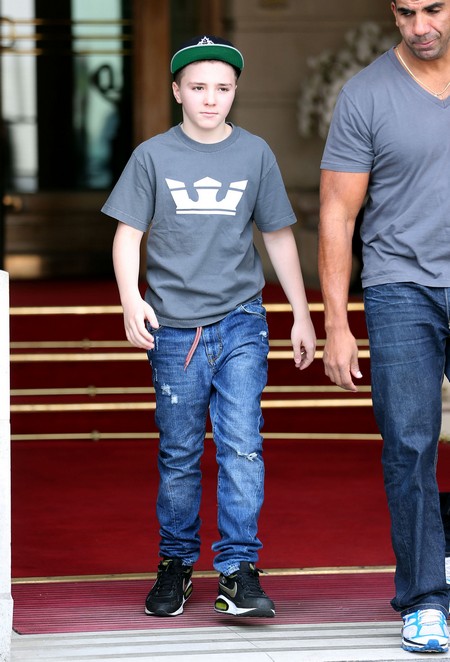 Madonna‘s son Rocco was playing big-boy back-up dancer at his mom’s concert in Hyde Park. He was wearing a blue shirt and bright orange headphones. The 11-year old Rocco Ritchie is Madge’s son from her marriage to Guy Ritchie. Trust us; this kid knows how to dance.

Rocco performed in five songs on the evening, including the awesome finale where her hit song “Celebration” was performed.

On the video clip, he dances at the front of the stage and with obvious musical genes, flips his arms and legs to the beat of his mom’s music. Just give us a moment to take it in the awesomeness of being Madonna’s 11-year old son…

It seems to us here at Celeb Baby Laundry that Rocco will one day become even a bigger star than his mother, seeing that he already knows how to bust-a-move on that stage. Madonna obviously raised her children in an artistic and musical environment and there is not a chance that her children will not be major superstars one day.

It’s always fun to follow a celebrity kid’s life. It’s like American Baby Idol or something. It’s only a pity that we cannot vote some of them off.

Let us know in the comments below if you think Madonna’s kids will one day become mega stars.