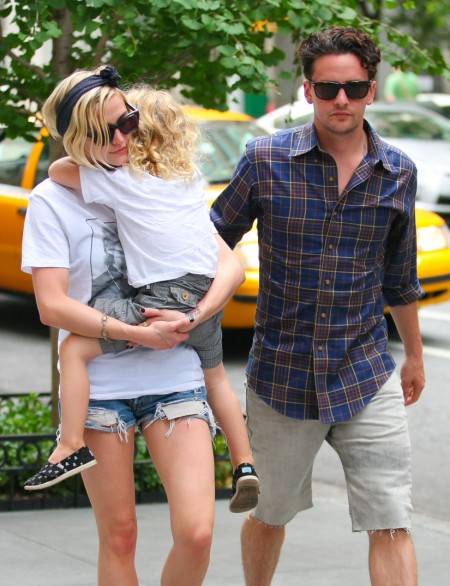 Ashlee Simpson left dos Caminos restaurant with Boardwalk Empire actor Vincent Piazza and her son Bronx Wentz yesterday. The couple have been together for almost a year and appear to be going strong. He has a pretty good relationship with Bronx too. It seems both Bronx’s parent’s new significant others are settling into the family well. Pete Wentz’s girlfriend, Meagan Camper, is always hanging with Bronx and they seem pretty tight. It’s great the exes were able to make that work for their son.

Have you seen the new promos for Boardwalk Empire? Vincent plays Lucky Luciano and it seems like he’s going to have a much bigger part this season. I’m still upset they killed Jimmy! Vincent looks so much older on the show, doesn’t he? Maybe he can score Bronx a role as some little whipper snapper. He’d have to gel his hair down though so I’m not sure he’d go for it!

Selma Blair Matches With Son Arthur Bleick While Out At Lunch