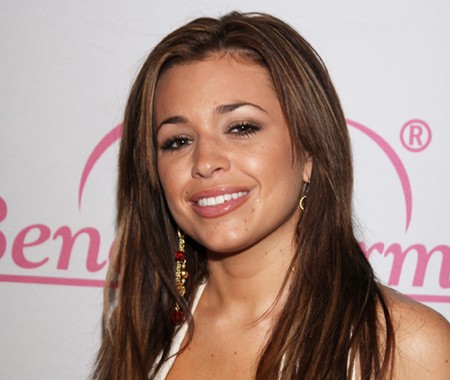 Kari Ann Peniche‘s estranged husband says the couple’s 10-month old baby tested positive for meth. OMG!  Justin Williams, her husband, is begging a judge to strip Kari’s custody rights. He says she is a serious threat to the baby’s health.

Allegedly, Justin filed documents in the L.A. County Superior Court where he claims that he took a hair follicle from the baby’s head. The follicle came back positive for meth. There’s nothing worse than a baby being subjected to the drug. It not only creates a terrible environment for the child, but will surely lead to learning difficulties and other serious health issues down the line.

In the documents, filed by Justin’s attorney Marlo Van Oorschot, Justin says the baby “has a habit of sucking on Kari Ann’s hair and clothes and I became concerned that he could be affected by drug residue”.

Justin claims that he found evidence that Kari has been using drugs again for the past two months. She has experienced drug addiction issues in the past. Justin says about the baby, “I do not want him to continue to be exposed to smoke from meth or to accidentally ingest illegal drugs while with Kari Ann.”

TMZ reports that Justin is demanding sole and physical custody of the child. He also wants her to submit to weekly drug tests and if she tests positive for drugs, he wants her visitation rights to be revoked entirely.

It boggles the mind that someone is able to subject such a small child to this type of thing. Addiction is an illness, yes, but those who suffer are usually not the users…

Let us know in the comments below what you think of this horribly sad story.