Another Fun Outing In NYC For Katie Holmes And Suri Cruise 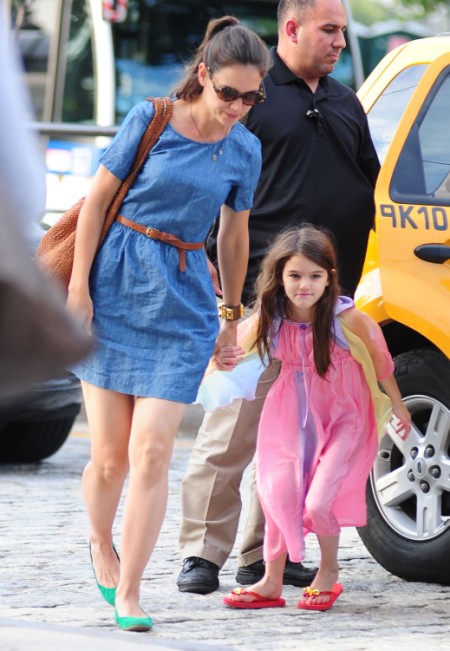 Katie Holmes took her daughter Suri Cruise out for yet another NYC adventure yesterday as the two visited Chelsea Pier. Katie is taking her new cosmopolitan lifestyle seriously and seems gung-ho to turn Suri into a true New Yorker. Since Katie’s split from Tom Cruise, she has been whisking her daughter around the Big Apple showing her all the exciting sights and Suri looks to be having a ball. There were rumors that Katie and Tom decided on the quick, amicable divorce because they found Suri wasn’t reacting well to the uncertainty and negative interactions between the couple. Hopefully, now that everything is straightened out, Tom and Katie can go about making Suri’s happiness their number one priority. Do you think that’s going to happen or do you sense this could be a calm before the storm?