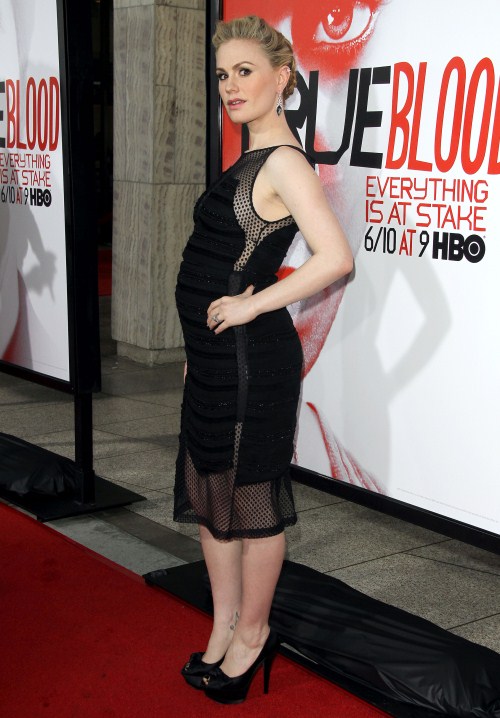 Anna Paquin has revealed her growing baby bump will not be taking a starring role in the new season of True Blood.

“We’re not dealing with the pregnancy on the show, ” confirms Paquin.

“They’re good at covering it up with costumes and camera angles so no one will be able to tell,” the actress told.

Show creator, Alan Ball also reveals that during filming Paquin no longer fit into the T-shirts that her character Sookie Stackhouse wears while waitress at Merlotte’s restaurant.

“I actually heard from the costume designer about midway through the season, she went, ‘Sookie can’t wear a Merlotte’s [restaurant] T-shirt anymore.’

“And I went, ‘Well, it’s a good thing Sookie isn’t really at Merlotte’s anymore, she’s basically trying to save the world.’

“So, we’ll put her in loose-fitting, save the world outfits.”