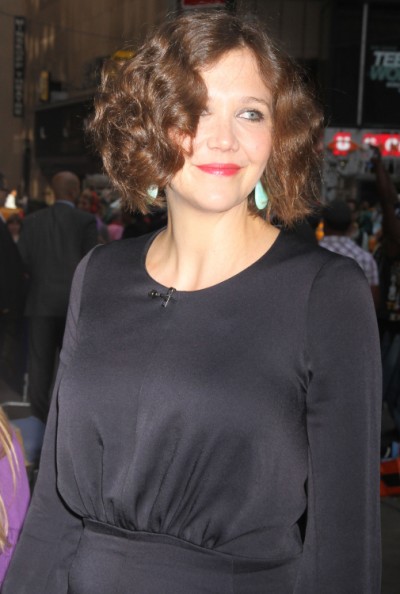 Maggie Gyllenhaal’s been hard to find ever since she gave birth to daughter, Gloria Ray, two months ago, but the actress is now on the promotional trail for her movie, Hysteria, and filled Jimmy Fallon in on the newest addition to her family and the inspiration behind her cute name.

“This is kind of the first time I’ve really left her!” Gyllenhaal said. “We thought of her name when we were at this concert that Patti Smith played at . . . she played [a cover of Van Morrison’s] ‘Gloria.’ It was a couple of years ago and we just thought, maybe we’ll name our daughter that one day.”

But she almost regretted her decision soon after the baby came. “My husband played me The Doors’ version of ‘Gloria’ two days after my daughter was born, and it was so dirty, I couldn’t handle it. It was like a super, super dirty version.”

I love that song! Have any of you ever named a child after one of your favorite songs? Fill me in!

Maggie Gyllenhaal Admits Parenting With Two Will Be A Challenge