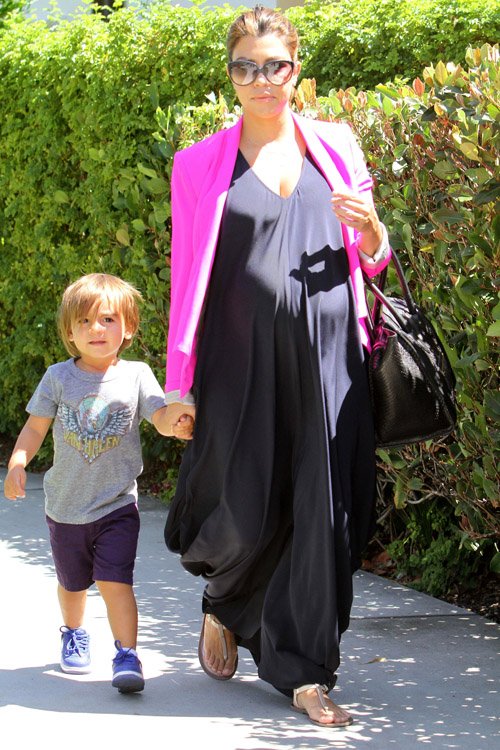 Kourtney Kardashian was spotted  spending a sunny afternoon with her two-year-old son Mason Disick in Los Angeles, Ca on Saturday.  The pregnant reality star wore a black maxi dress with an electric pink blazer and flats while holding Mason’s hand.  The duo were headed to watch a movie together.

Kardashian recently revealed to Oprah that she would like to marry long-time boyfriend Scott Disick in the future.

‘I’d like to someday [marry] for my children, but I know that I’m just as committed as if I was married or not married,’ she told.

Alessandra Ambrosio Does The School Run