Megan Fox Walks Out Of Interview During ‘BABYGATE’ 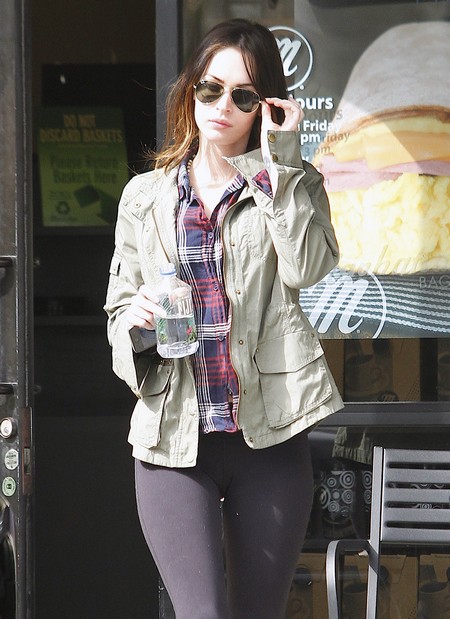 Transformers star, Megan Fox abruptly ended an interview with UK’s and former USA X Factor host, Steve Jones when he ambushed her with a pregnancy question. Even though last week, E! News “confirmed” that Megan and husband, Brian Austin Green were expecting their first child, she did not want to talk about it or admit it on UK television. In fact, the couple are keeping quiet and not commenting on the rumours to deny or validate them.

During the interview with Jones, he asked Megan “Do you know the ultimate gadget that every man wants? A baby?” Megan was very quick to reply, “A baby? Oh, I know where you’re going with this?” Jones then went on to outright ask her if the rumours of her pregnancy were true, to which Megan’s publicist told him, that the interview was over.

Later, Jones sarcastically apologized to Megan on Entertainment Tonight, “I’d like to formerly apologize to Ms. Fox for attacking her with the word baby. Thankfully, there was a publicist there to stop me.”

Even if Megan is in fact expecting her first baby with husband Brian Austin Green, I believe they have a right to their privacy. I know they have chosen to be famous, highs and lows, taking their photos in public is fine and requesting interviews is ok, but inviting someone to an interviewer and tricking them on national TV is just wrong.

What do you think, how much privacy should a celebrity parent be entitled to?