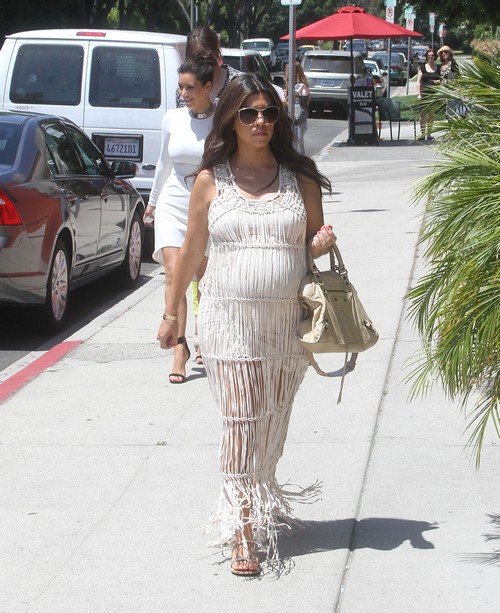 Kourtney Kardashian enjoyed lunch at Mauro’s Café inside of Fred Segal’s on Wednesday afternoon.  The pregnant reality star wore a l0ng flowing white dress with gold heels as she made her way out of the department store with a friend.

It is rumored that Kardashian’s boyfriend Scott Disick made eight or nine sex tapes before their relationship.

“Scott was obsessed with sex. We’d bring back different groups of girls to one of our houses and do various things to them. We tried to make it a daily routine, and some nights would be taped. There’s probably eight or nine tapes,” his friend Donald told Life & Style magazine