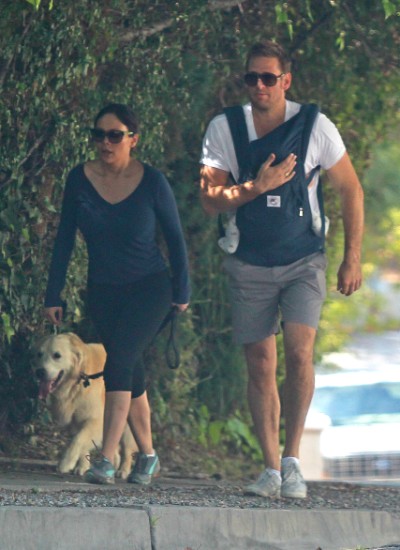 Actress, Lindsay Price, and Celebrity chef, Curtis Stone, took their six-month-old son, Hudson, out for a hike in the Hollywood hills yesterday. Stone told Parade magazine that he  likes to hike with his young son (and use him as a prop) every morning as a form of exercise to keep the waistline trim.  “That’s an extra 15 pound weight!” he told the magazine.

He’ll need the exercise! The Australian chef is the new co-host of Bravo’s Around the World in 80 Plates so his job requires A LOT of eating. Hopefully hiking with Hudson does the trick and keeps the calories off the couple’s slim figures!