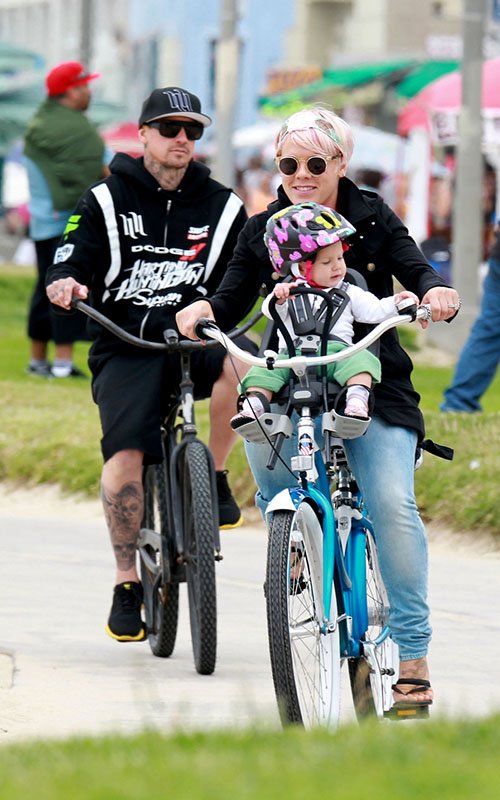 On Mother’s Day moms are treated to flowers, lunches and some special time with their children. Celebrity mother’s are no different and on Sunday many were spotted taking time out of their busy schedules to simply be appreciated as a mother. Here is a list of how some of our favorite celebrity mother’s enjoyed the special day.

Lindsay Price was joined by  Curtis Stone and son Hudson for a meal out at the Beachwood Cafe in Hollywood.

Selma Blair paid a visit to a friend’s house in LA with her son Arthur.

Jennifer Garner received flowers and enjoyed a nice lunch with husband Ben Affleck and their two daughter Violet and Seraphina.

Pink was treated to a bike ride on the beach with hubby Carey Hart and daughter Willow Sage.

Jessica Alba went to the Bel Air hotel with her family and was joined by hubby Cash Warren and daughters Honor and Haven.

Gwen Stefani and her husband Gavin Rossdale took their sons Kingston and Zuma to their grandma’s house.

Katherine Heigl and her husband Josh Kelley took their daughter Naleigh and their newly adopted daughter to a friend’s house. The family outing was reportedly the first time they have been seen out in public with the daughter they adopted in April.

Ali Larter enjoyed the day with her husband Hayes MacArthur and son Theodore at a playground.

Martha Stewart spent the day with her daughter Alexis and granddaughter Jude. The 70 year-old craft guru enjoyed lunch and wine while balancing her 1 year-old granddaughter on her lap.

Bethenny Frankel and her husband Jason Hoppy were out and about in New York City with their daughter Bryn.

Sarah Jessica Parker was spotted out and about in New York City with her son.

What did you do on Mother’s Day?