Sharon Osbourne Loves Being A Grandmother 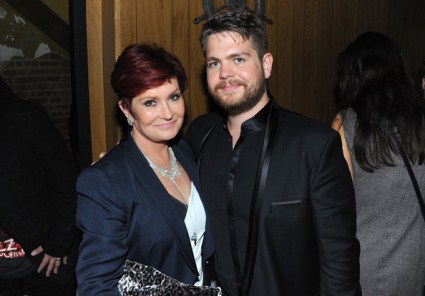 Sharon Osbourne is in love with her first grandchild. Son Jack Osbourne and fiance Lisa Stelly welcomed Pearl into the world this week. The first time grandmother has been telling everybody about the wonderful new addition to her family.

Sharon tweeted on Tuesday ‘Today I witnessed my first grandchild being born, life changing experience. She is an angel‘. On Wednesday she was gushing about the little girl again during a live chat on Twitter ‘I will love babysitting b/c with all the wonderful things we’re giving away on The Talk on CBS on Friday, I’ll be prepared!’.

It’s no surprise Sharon is loving her new role. Before the baby was born she said ‘I’m going to be the absolute nightmare grandmother that is going to do everything wrong. I’m just going to spoil, spoil, and that’s the job of a grandparent‘. She also joked ‘The baby’s going to have to call me Shazza or Misses O‘. Shazza is a popular nickname for Sharon.

The 59 year old is not the only Osbourne telling the world about Pearl on social media. Jack’s sister Kelly Osbourne tweeted ‘Thank you so much for your congratulations but they really should be going to Lisa Stelly and Jack Osbourne! I am one proud Auntie!‘. It looks like Jack and Lisa will have plenty of babysitters when they want some time out!
Continue Reading