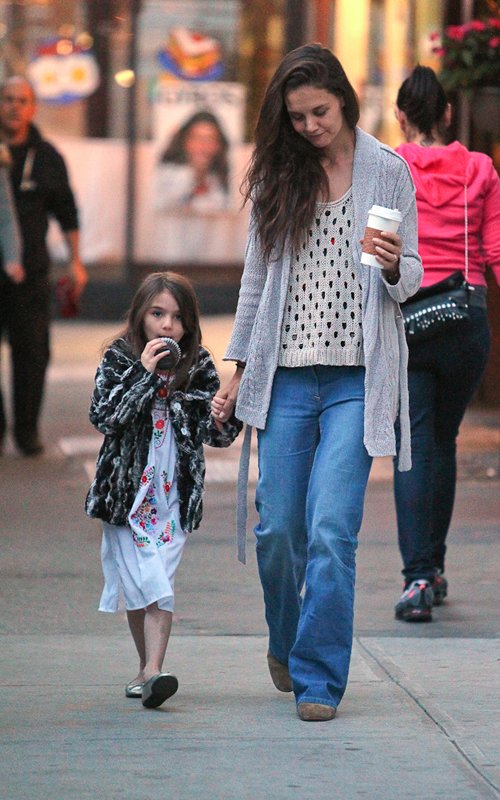 Katie Holmes and her six-year-old daughter Suri Cruise enjoyed a night out in in New York City on Wednesday.  The two took a stroll and stopped by a bakery. Suri who wore a long white dress and fur jacket picked up a cupcake while Holmes sipped on a coffee.

According to Star, Holmes is expecting her second child with husband Tom Cruise.

“She’s struggling to contain the news,” a source close to Katie tells the magazine.

“She can’t wait to be a mom again, and the sooner she can tell the world about it, the happier she’ll be,” the source adds.

Sharon Osbourne Loves Being A Grandmother

Adriana Lima Shows Off Bump In A Mini Dress