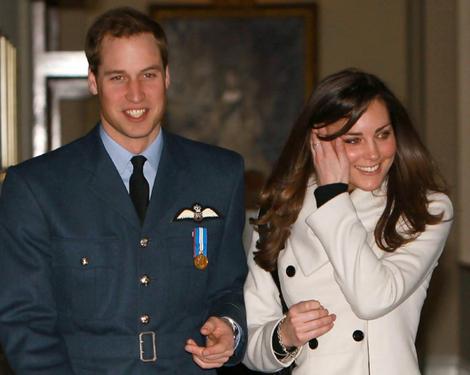 Britain’s Prince William and Kate Middleton celebrate their first year of marriage this weekend while hopeful fans await the news that they are expecting a Royal heir. The couple are very popular in Britain, fans loved their fairytale wedding that drew two billion TV viewers – but they won’t be having any “splashy” event for their anniversary, the Royal couple are planning on keeping it private and low key.

The press has been speculating for quite some time now that there would be a new arrival in 2013, while succession rules were changed last year so that if the couple were to have a little girl, she would be equal with boys in the queue to the throne.

Royal fans think that a year is certainly enough time for there to be news of an impending Royal heir. Even Royal biographer Andrew Morton said around the time of their wedding: “If Kate is not pregnant in the next nine months, she’ll be defying 200 years of royal tradition.”

Regardless of how fans or the press feel, “William has said he’ll take things one step at a time,” according to Royal writer Robert Jobson.

More: Prince William and Kate Middleton Are Ready For A Baby (Photo)

Kate is 30, her biological clock is definitely ticking and we all know she is madly in love with Prince William and they have been together for eight years now, so I am sure the “Royal” news will be forthcoming, but not until after the Queen’s Jubilee, according to Royal expert Victoria Arbiter.

One final thing to keep in mind, until Clarence House declares it, Kate is not pregnant, no matter what the press says.

Katie Holmes Says Motherhood Is Most Important Job In The World