Prince William and Kate Middleton Are Ready For A Baby (Photo) 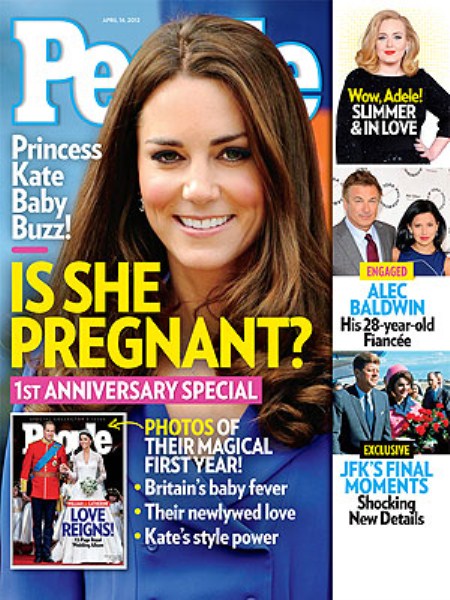 Prince William and Kate Middletonwill be celebrating the first anniversary of their wedding this month and People has a 1st anniversary special edition.  They have all the photos from their magical first year together.  They also have all the details on Britain’s baby fever – the media in both Britain and the rest of the world have been speculating that Kate was pregnant from the moment she married Prince William.

People has more: “Yes, say royal insiders, Prince William and the Kate have babies on the brain.   From their decision to quietly “shelf” a hoped-for trip to Africa to the Palace’s recent sensitivity to speculation on the subject, veteran royal watchers say the couple is poised to start a family sooner rather than later.   In particular, watching their friends become parents “does help” boost William and Kate’s decision to follow suit.”

Kate Middleton is such a naturally loving person that motherhood is obviously in her very near future.  We would not be surprised if Duchess Kate and her Prince will be adding a member to their family late this year or early in 2013.  We wish all the best to Kate and William – they are an inspiration to us all.   Do you think Kate will make a great mom?  Let us know in the comments below.

Jessica Simpson: My First Days As A New Mom (Photo)

Alessandra Ambrosio Is Having A Boy