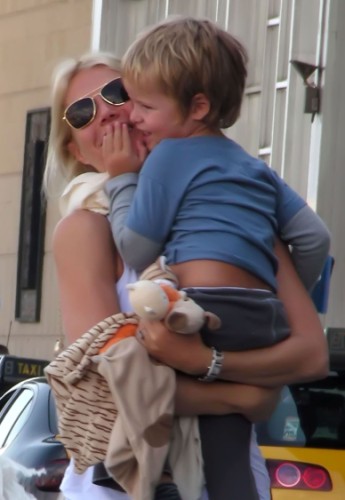 Even seemingly perfect, Gwyneth Paltrow, has felt less than adequate as a mother.

Speaking on the TV show, The Conversation With Amanda de Cadenet, Gwyneth described the postpartum depression she felt after giving birth to her son Moses, and the stark difference it was from her first experience with daughter, Apple.

She said it took her husband, Coldplay singer Chris Martin, to introduce her to the idea that she might be suffering from postpartum depression.

“My husband actually said, ‘Something’s wrong. I think you have postnatal depression.’ I was mortified. ‘No I don’t!’ And then I started researching what it was and the symptoms and I was like, ‘Oh, yes I do’.”

Gwyneth goes on to explain that she felt disappointment and shame in herself at first but soon realized that the depression didn’t mean she was a bad mother. She says that’s a good lesson for mothers out there who are trying to do it all.

Have you ever experienced postpartum depression? Tell us about some ways you learned to cope.