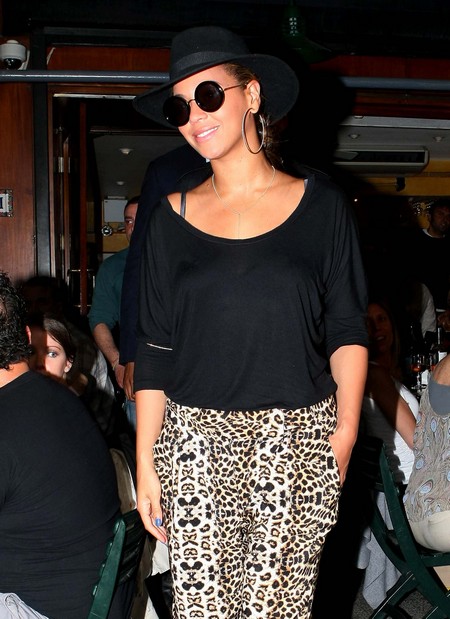 Beyoncé is no stranger to rumors but when she was pregnant with her daughter Blue Ivy she was shocked when she heard the rumors that she and husband Jay-Z had settled on a surrogate to carry their daughter.  People became obsessed with Beyoncé ever changing baby bump and it became the topic of lots of speculation.

Beyoncé told people magazine. “That was crazy. It wasn’t hurtful, it was just crazy.” Beyoncé Mom Tina was upset by the rumors she said, “I thought it was very unfair and very cruel that someone would think that someone would be that diabolical to keep up a charade like that for nine months.  As a mother it was painful for me to hear the crazy rumors. And I even had people ask me, which was so ridiculous.”

There are still many people who do not believe Beyoncé was ever pregnant.  What do you think was Beyoncé pregnant or did she choose to use a surrogate to carry her daughter?  Hit the comments and let us know your thoughts!

Gwen Stefani takes her boys to a birthday party

Breakfast is a family affair for Pink and Willow