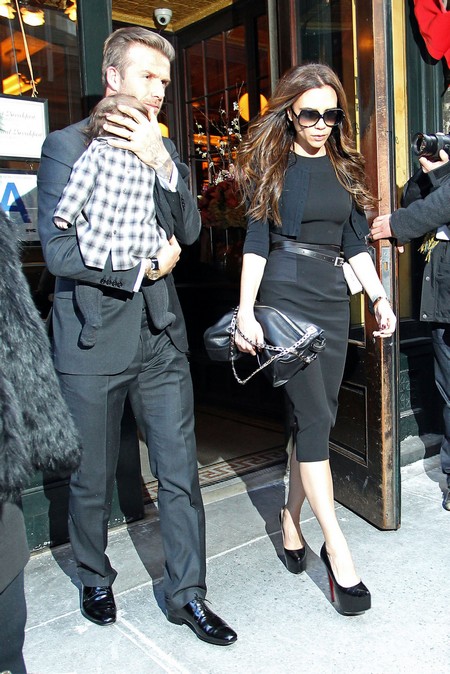 When Victoria Beckham’s daughter Harper says ‘My dad is cooler than your dad’ the tot is not joking.  I mean how many people can claim David Beckham as a father?  And we are not being facetious here.

Posh Spice, is normally, well… Posh!  But based on the Twitter photo Vic can let her hair down at times.

The Sun carried the news:  The fashion guru, who normally decks her out in expensive gear, posted this funny photo of Harper’s bib on Twitter.  And it’s definitely not off the kiddie catwalk. The seven-month-old will be rocking the blue food-shield that reads: “My Dad is cooler than your Dad.”

And with David Beckham as the father-in-question, not many people would be able to argue with that.

But while Posh has been busy buying accessories for Harper, former bandmate Mel C has quashed any rumours of the Spice Girls reuniting for the Queen’s Diamond Jubilee.

Getting Ready For Baby #2