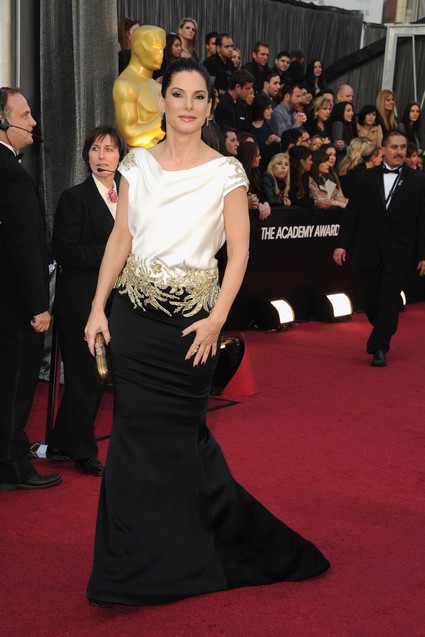 Sandra Bullock looked calm at the Oscars on Sunday night, but she was the anything but! Apparently, Bullock was freaking out because her two-year-old son Louis had been sick for over a week.

“The scariest thing happened the other day. Louis had this really high fever!” Bullock was overheard telling a friend at the bar area of the award show.

“I kept trying to break it with Tylenol, but it wouldn’t work! I was freaking out that he might have a seizure…I was about to jump in the car [to take him to the ER] when his fever finally broke. He’s fine now, but it was so scary, she added.

Have you ever had a mom breakdown over you sick baby?