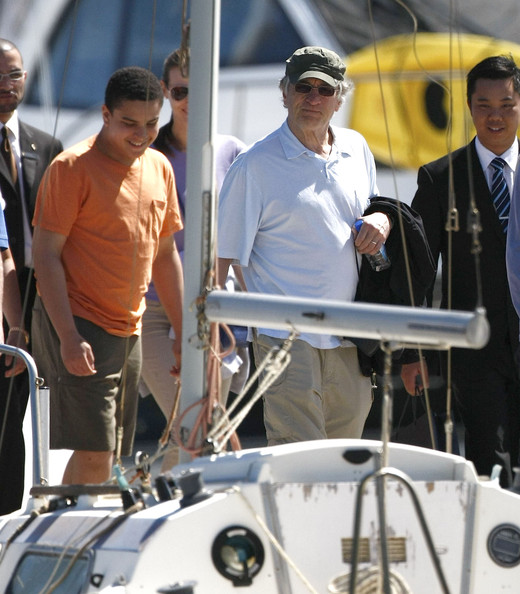 Robert De Niro, his wife Grace Hightower, their son Elliot De Niro and other family members were spotted spending the day out on yacht in Perth, Western Australia on Monday. De Niro tried to go incognito in a baseball hat and dark sunglasses paired with casual clothing while his son wore a bright orange top.

De Niro arrived in Perth at the weekend, to officially open his new ‘Nobu’ Japanese restaurant in the city.