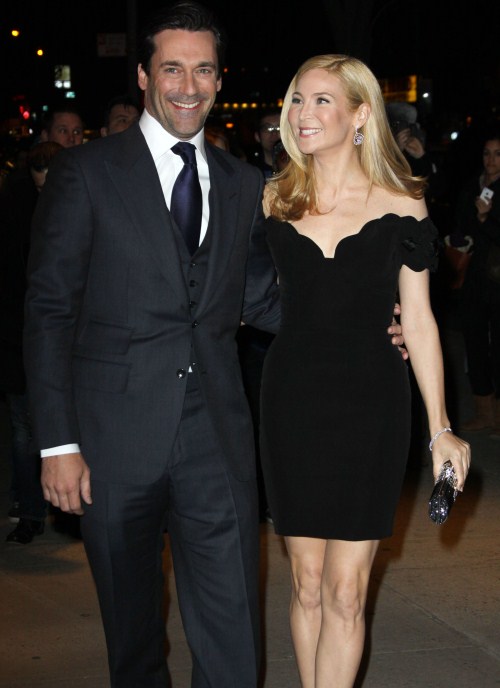 Jon Hamm says he’s not interested in having kids.

“I’d be a terrible father!” the Mad Men star tells Us Weekly.

Hamm doesn’t understand how his friends with children function so well.
“I see my friends who have children and I’m like, ‘Dude, how are you even upright, much less here at work at 6 a.m.?'”

One of those friends with kids is January Jones, who plays his frosty ex-wife Betty on the show, who has a six-month-old son, Xander.

Hamm’s girlfriend Westfeldt  recently told  the New York Times about why they never started a family.

“I’ve thought about this a lot lately. I never thought I’d be this age and not have kids,” Westfeldt confessed. “But my life has also gone in a million ways I never anticipated. I kept feeling like I’d wake up with absolute clarity, and I haven’t. And we have a pretty great life together. The chance that we’ll regret it doesn’t seem like a compelling enough reason to do it. I may wake up tomorrow with that lighting bolt, and I’ll have to scramble to make it happen.”

Do you think having children is not for everyone?