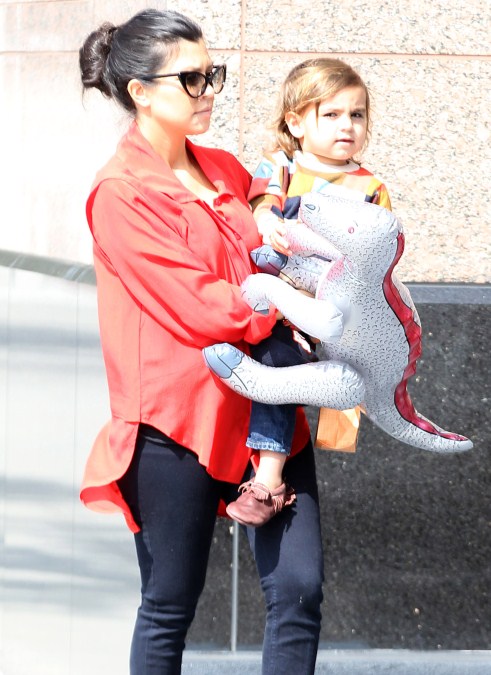 Kourtney’s sister, Kim, said: “I don’t think she goes for the K thing. I said, ‘Are you going to start the M thing?’ And I don’t think so either. Mason wants to name her Rosie because his favourite cartoon character, I forget the guy’s name, but he always tells me his sister is named Rosie so he thinks that any sister is a Rosie.”

Kim says Kourtney is enjoying her second pregnancy although is struggling a bit because she’s bigger than when she was expecting Mason.

Hilary Duff: “Wow, I Can’t Believe I Have A Baby!”