Hugh Grant Opens Up About Fatherhood 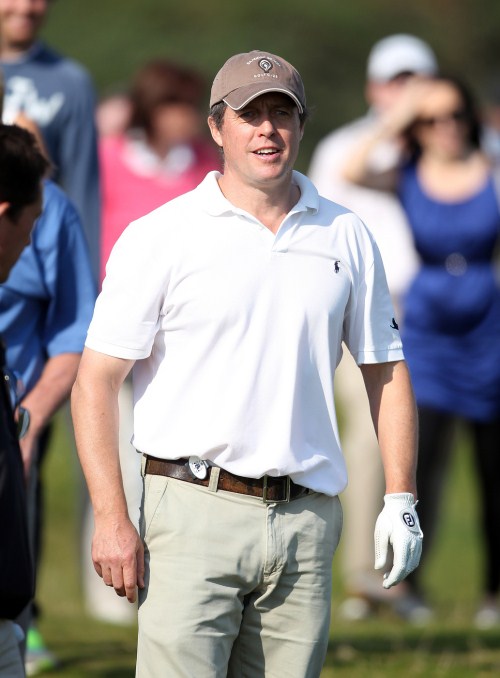 Hugh Grant has opened up about becoming a father for the first time last year with former model Tinglan Hong.

Grant reveals to Britain’s Guardian Weekend magazine that meeting his daughter Tabitha for the first time was emotional.

“I did feel a little lumpy (emotional) when I first met my daughter, yeah. Lots of people said, ‘Never let anyone know, but the baby period is not that exciting.’ But I am excited, actually.

“I thought, well, I’ll bluff through – but very little bluffing has been required. I like my daughter very much. Fantastic. Has she changed my life? I’m not sure. Not yet. Not massively, no. But I’m absolutely thrilled to have had her, I really am. And I feel a better person.”

Grant says he will discipline his daughter when she is older.

“There’s a lot of over-parenting, to my eye, anyway. I do think discipline’s important.

“I’m very glad that I had quite a strict mother who was big on discipline, because you really cannot get anything done in life if there’s too much, ‘Oh, well, if you don’t feel like it, don’t do it, just express yourself,’ I’m not really very big on that.”

The actor also wants his daughter to learn the value of money and not simply be a ‘trust-fund baby’.

“My other worry is about – and as I say, there are few things in life I believe in 100 per cent – but another one is not giving your children money. I see nothing but f**k-ups among my trust-fund friends. It’s like 99 per cent f**k-ups. So I would not want to do that to my children, no.”

What do you think of Grant’s attitude towards parenting?