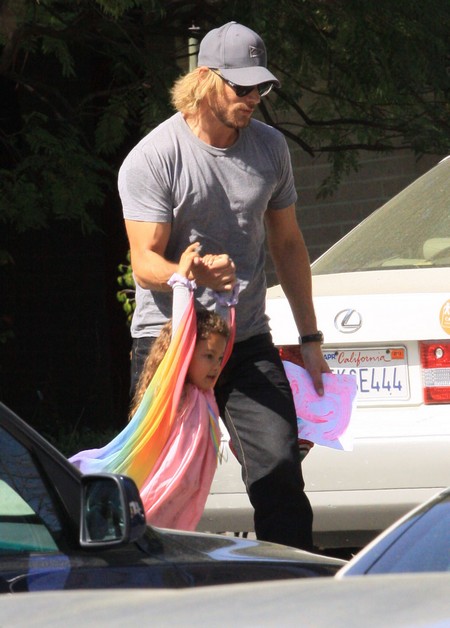 Gabriel Aubrey and Halle Berry are embroiled in a bitter custody battle over three-year-old Nahla, with Halle seeking permission from the courts to take her to live in France, where fiancé Olivier is based.

But Canadian-born Gabrievl is said to be attempting to block the move amid worries he could lose his daughter forever.  A source said: “Gabriel fears that Halle’s ultimate plan is to get him out of his daughter’s life, permanently.

“He believes the plan is for Halle to move to France with Nahla and then have Olivier adopt her as his own. She wants a “fresh start” apparently.  Gabe will fight tooth and nail to retain custody of Nahla. He loves that little girl and is determined to always be a part of her life and always be her father.  Just because Halle is through with him doesn’t mean she can shut him out of her daughter’s life too. Gabe may not have Halle’s money or power but he will not just lie down and take it.”

Allegations of abuse against Gabriel have been dismissed by the court, and according to RadarOnline.com, he will sue Halle, 45, over any unfounded claims.

The insider added: “It’s been pretty nasty so far, but it’s going to get a lot nastier!  Gabriel is ready to fight and if Halle wants to fight dirty then as far as he is concerned she can bring it on. His relationship with his daughter is at stake and he will do anything to protect that.”