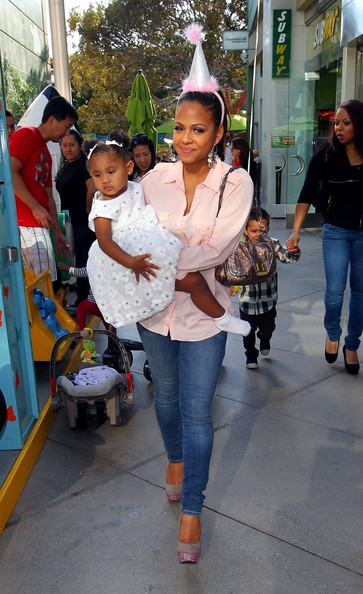 Christina Milian celebrated her daughter Violet’s second birthday with friends and family at Giggles N Hugs children’s restaurant in Los Angeles over the weekend.  Violet who turned two-years-old on February 26th looked adorable in a white puffy flowered dress.  The young tot probably had an amazing time as she received so many presents an assistant had roll them out on a cart!

Milian will be joining the popular reality show The Voice as a social media correspondent in which she will  interview the show’s advisors, coaches, and artists for web content.

‘I got a call one day and met up with everyone at NBC and the folks from ‘The Voice,’ and next thing you know, a week later, I’m signing a contract and the following week I’m working,’ she told MTV.