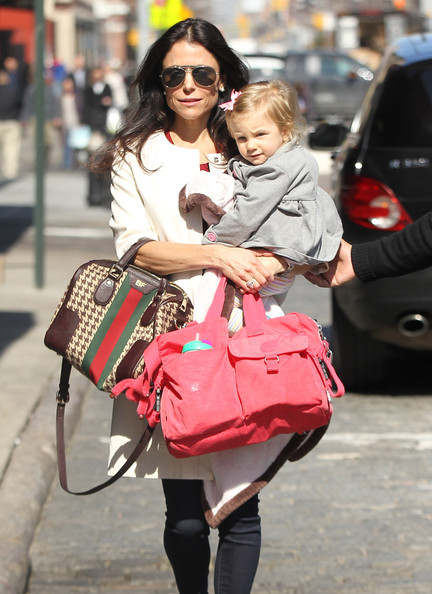 Reality star Bethenny Frankel  took her daughter Bryn Hoppy to grab a bite to eat in SoHo, New York City on Wednesday. Frankel was all smiles as she was escorted to a waiting car while holding Bryn and two bags.

Rumors are circulating that Frankel and husband of two years Jason Hoppy may be headed for divorce. On Frankel’s reality show, Bethenny Ever After she reveals in a one-on-one interview that she is at her breaking point and admits they aren’t as happy as they once were.

“I’m definitely at breaking point, I’m tired of being the only one who has problems, is the crazy one, everything is my fault, it just must be me. I just think Jason has to take responsibility for 50 percent of this relationship,” she tells.

The Jolie-Pitt Kids Take Their Bulldog For A Walk