Angelina Jolie & Her Girls Touch Down At LAX 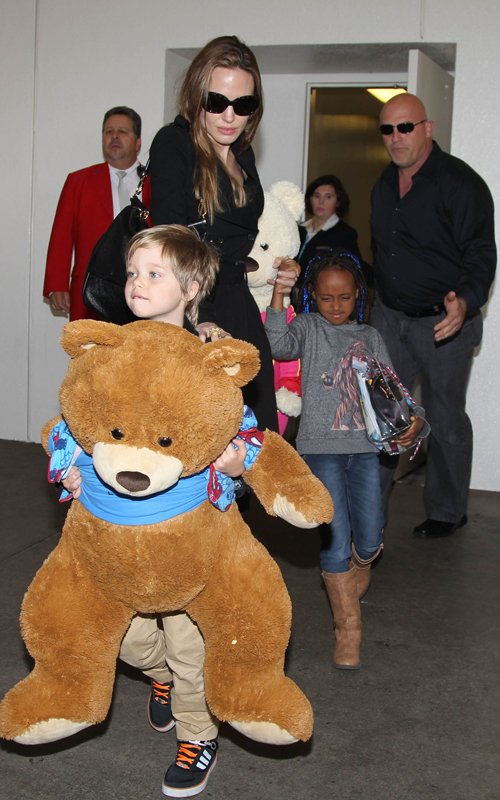 Angelina Jolie and her daughters Shiloh and Zahara were spotted arriving at LAX from Amsterdam on Thursday.  Both girls carried teddy bears that were almost as big as them while leaving the airport.

While in Amsterdam the trio stayed a the ritzy Amstel Hotel.  Jolie attended The Hague International Criminal Court as Congolese warlord Thomas Lubanga was convicted of kidnapping and forcing children to fight for his rebel army.

“This is their day. Where these children will feel there is no impunity for what happened to them, for what they suffered,” Jolie told.