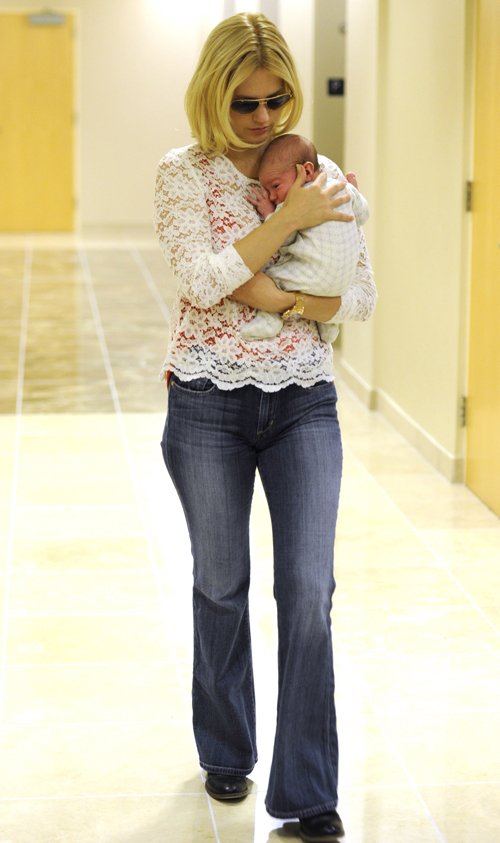 January Jones admits it’s is a struggle being a single mother and having a career.

“I was back when the baby was only 6 or 7 weeks old so it was difficult,” the actress told about her return to the set at Mad Men‘s Season 5 premiere in Hollywood Wednesday.

“It was difficult to be a working mom and just juggling all of that. But everyone made it work and it was great.”

Thankfully, the team at Mad Men were more than willing to make things work for the first-time mom.

“They made it baby friendly for me, because I’m the first female on set to have a baby so I got to bring him,” she said. “He had his own room and I was able to work ar\ound it because I was nursing.”

Jones adds that her son Xander is developing very well.

“He is eating solids and he is just jabbering away. He’s becoming more of a little person. He is quite a charmer!” she explained of his milestones. “I love to make him laugh. He thinks I’m funny and that’s always a nice feeling.”

Christina Applegate Opens Up About One Year Old Daughter Sadie

Angelina Jolie & Her Girls Touch Down At LAX