Marcia Cross: “I Always Knew I Wanted To Be A Mom” 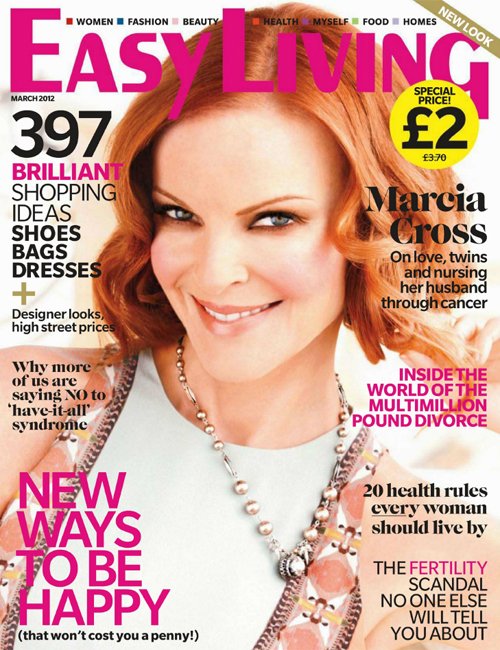 Cross insists she a always wanted to be a mom and at 40 she realized she was getting older.

“I always knew I wanted to be a mom. Before I met Tom, I was trying to get pregnant with the sperm donor, who was a dear friend of mine, from my hometown in Massachusetts. But that didn’t work out, I was hitting my 40s and thinking, this is not good. I wanted to experience being a mother so much, partly because my own parents did such great job,” she told.

The actress says it’s hard to stay active with children. Although, she is really good when it comes to taking care of her face because plastic surgery is not an option.

“when you have kids it’s no longer about you. I have no time for the gym. [But] I’m religious about removing makeup and wearing sunscreen. Also, any time a new beauty treatment comes out, we all joke on set that we have to try it – we say we’ll do anything as long as it doesn’t involve a knife! I never say no to surgery in the future, as I feel like, as I get older, I’m going to face it [temptation] more.”

Cross admits turning 5o is huge and it reminds her that time is so precious.

“Turning 50 is huge… It’s monumental. But not in terms of beauty. People spend so much time talking about turning 50 in the sense of turning grey or eyes starting to droop, but what most people fail to talk about is that it means your time is running out. It’s about recognizing how precious time is. That’s why I’m not looking to find another TV series at the moment.”