Jamie Lynn Spears Opens Up About Her Teen Pregnancy 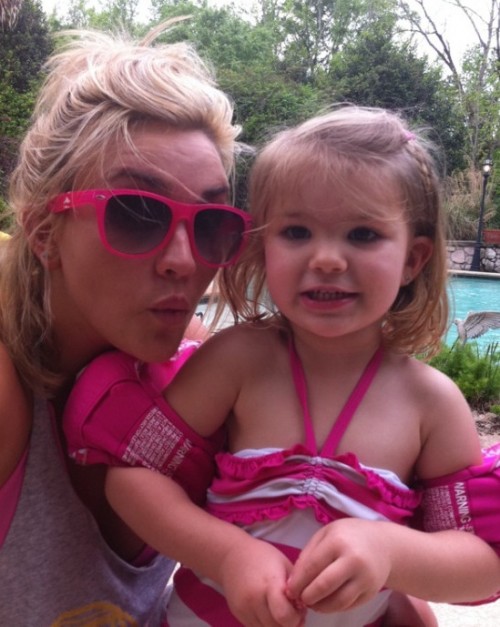 Jamie Lynn Spears has opened up about her teen pregnancy for the first time in the latest issue of Glamour magazine. In the interview, she admits she was too nervous to ask for contraception from her doctor.

“I believe in safety and birth control as prevention. But like many young girls… I was really scared to go to the doctor. And I was on a Nickelodeon show, and it (felt) especially embarrassing to ask someone to put me on birth control. I didn’t want to ask my doctor.”

Spears feels it was unfair how the tabloids and parent groups handled the news because she was only a teenager and was trying to handle the news herself.

“I was 16. I’d had one boyfriend. It doesn’t make it perfect or all right. But I was judged for something that probably most everyone does. I was young. I was in love. I was like every other teenager, except I had this last name. And I made a decision that is forever my decision,” she tells.

“When I found out I was pregnant, [my parents and I] decided to do an interview with OK! magazine about it. I knew I needed to give an explanation to my fans, and I wanted it to be in my words first. I had to make a decision that I could sleep with every night. I did feel responsible for the young girls and the mothers who I probably confused and let down. I apologize for that. But I wasn’t trying to glamorize teen pregnancy. I hated when [the tabloids] said that. Everybody is dealt a hand of cards. It was my choice to play them the way I played them. I was already upset about having to tell my parents and Casey’s parents. To have the world come down on a situation that was already affecting my family hugely was hard. But this was my situation, and I did the best I could,” she added.

Spears says the tabloid scrutiny is one reason she decided to move back to Louisiana and raise her daughter away from the spotlight.

“Was it hurtful for my parents to read stuff about their daughters? Yes. Obviously seeing [sister Britney Spears’ negative tabloid coverage], I knew how far it could go. I’ve never wanted to be put under that kind of scrutiny. I just wanted to get away from it as much as I could, to just go away and be a mom and figure out what I wanted, and to earn a sense of respect back for myself. Move to a town in the middle of nowhere and just raise my child. All I could be was a good mother. If anybody had anything to say after that, there was nothing I could do”

Parenting Against Your Partner