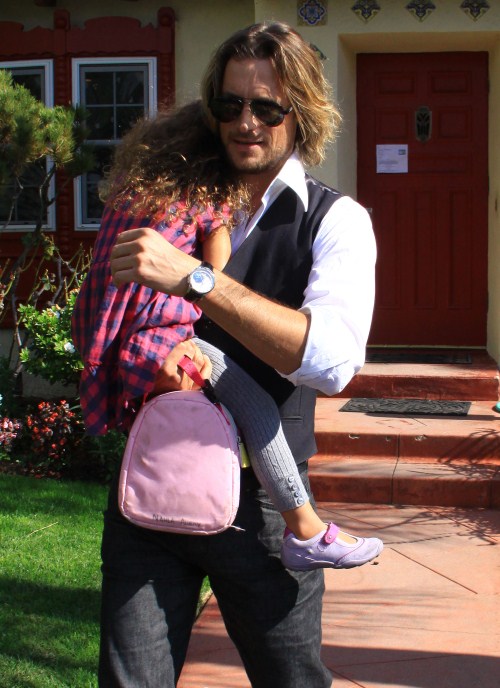 Gabriel Aubry wasted no time after a court allowed him to have continued contact with his daughter Nahla with ex-girlfriend Halle Berry. He was spotted picking up three-year-old Nahla at a house in Los Angeles on Tuesday.  Nahla held onto Aubry tightly as he carried her past the swarm of paparazzi trying to take their picture.

The custody battle over Nahla reerupted after her nanny Alliance Minder claimed Aubry had pushed her against a door on January 22nd while she was holding Nahla in her arms. Berry took to the Los Angeles court on January 23rd trying to get a protective order placed, so Aubry could no longer visit his daughter.

Aubry is said to believe Alliance has sided with his ex in their ongoing custody issues and claims she has fabricated the pushing claims against him.

As of recent, the court has ruled that Aubry can continue to have contact with his daughter till the investigation is complete and that Nahla may benefit from some therapy sessions.