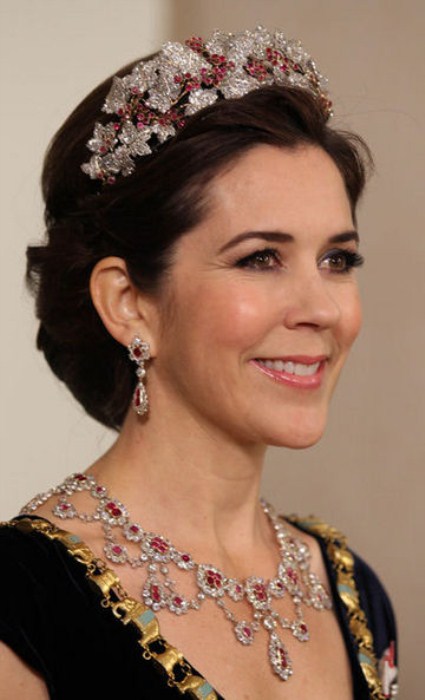 Princess Mary is a modern day Mom who juggles royal engagements with bringing up four young kids. She recently opened up to The Australian Women’s Weekly about motherhood.

The 40 year old Australian born Princess has two boys and two girls with husband Crown Prince Frederik. The have six year old Christian, four year old Isabelle and twins – Vincent and Josephine who are just one year old. She told the magazine ‘we feel very blessed with our four healthy, happy and lovely children. First a boy, then a girl and now the twins. It was… ‘Wow, we’re having twins. I realise we had the best of help, but being a mother and breastfeeding a couple of twins with two children already — it was a bit of a strain‘. It’s refreshing to hear a member of the Royal family speak so openly about the demands of being a Mom.

Mary is very proud of her family of six but admits it can take a toll on getting a good night’s rest. ‘First and last, we are a family that needs to thrive and experience this family of brothers and sisters together. You just sit still and observe in amazement. The love floating between them. You feel rich. When you have four children, the concept of sleep gains an entirely new meaning. You have four possibilities of being disturbed.’

Mary returned to royal duties only five months after the birth of  her twins ‘I reckoned I could say yes to a few things and then it suddenly gained a life of its own. Nobody ever said, ‘Where is she?’ I never felt any expectations about me returning to the public eye. But there were events I had said yes to two years previously and they were in my engagement book. And, suddenly, there were a lot of meetings in the nursery — even if I have children, I cannot just resign from the public.’