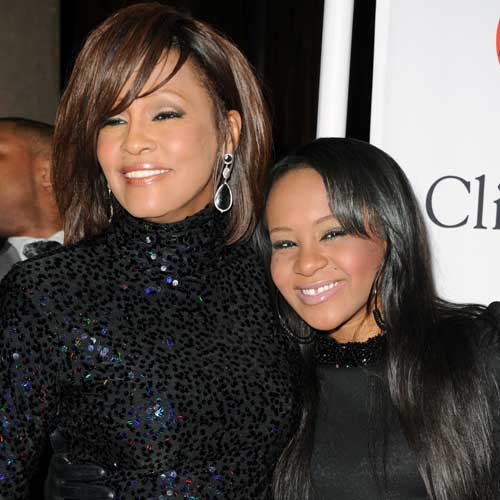 Whitney Houston‘s daughter Kristina Brown has been left devastated by her mother’s death.

“She wanted to be just like her mother. She idolized Whitney, which made always seeing her mom in disarray that much worse.” a source said.

“Bobbi was always by her side in everything she did. She was really her mom’s caretaker and biggest cheerleader and biggest fan…I don’t know how she will be able to go on.”

It is being reported that family members may go as far as admitting Bobbi to a rehab because they are afraid she is suicidal.