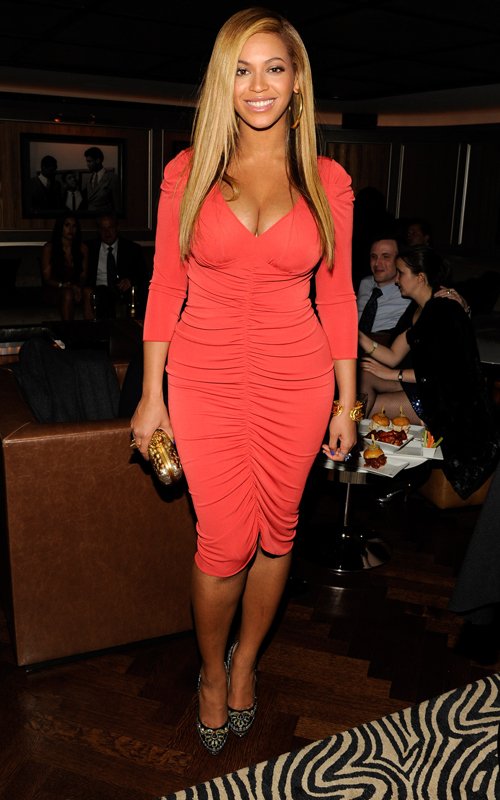 Beyonce Knowles was spotted for the first time since giving birth to her first child with husband Jay-Z back on January 7.

Beyonce showed off her post-pregnancy body in a form-fitting Alice by Temperley red dress and crystal Christian Louboutin heels as she made her way to Jay-Z  concert at  Carnegie Hall in NYC.  w

During the concert, Jay-Z got choked up while performing “Glory,” the song he wrote for their daughter, Blue Ivy (born January 7 in NYC).

“You could tell Jay is over the moon,” a concertgoer told.

“He asked the crowd if there are any proud parents out there. Then after he said, ‘I didn’t think I was gonna make it through that one — that was tough.”

How do you think she looks?