Mark Wahlberg Opens Up About Fatherhood 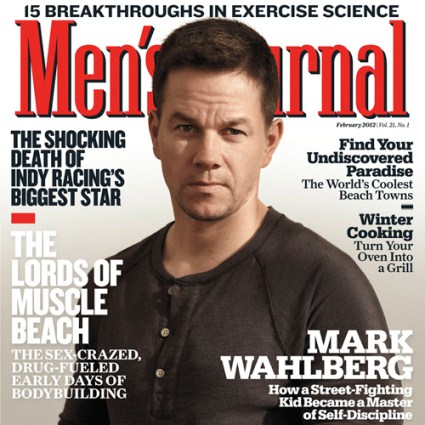 It’s nice to hear big time Hollywood stars talking about their family. Mark Wahlberg – who’s currently on the big screen in Contraband – opens up about fatherhood in the February issue of Men’s Journal.

Mark and his wife Rhea Durham have four kids under the age of ten! Ella Wahlberg is 8, Michael Wahlberg is 5, Brendan Wahlberg is 3 and little Grace Wahlberg is just two years old.

The former underwear model admits he used to live a pretty wild existence before the kids came along. So when he grew up he lost some friends ‘Yeah, a lot of people I thought were my friends were disappointed that I decided to settle down and don’t take them on whirlwind tours of craziness anymore. If they were my friends, they would have been happy for me changing my life and growing up‘.

His definition of a ‘wild time’ in 2012 is a lot different  ‘these days it’s a big, wild Halloween party or Easter egg party. I don’t go out at night anymore. I don’t hang around with the guys. I don’t really play golf. I stopped smoking cigarettes. I stopped smoking pot a lot of years ago, too. I’m focused on my family, my faith, and my work.’

So with two daughters there will come a time when they start dating ‘I’m not going to think about that right now. When the time comes, I will, but it’s not a good thought for me to have. Thinking about it really stresses me out, so don’t stress me out right now, because that’s a stressful thought, OK?’ No worries Mark. With your eldest daughter aged 8 you have a few years to come to terms with the idea.