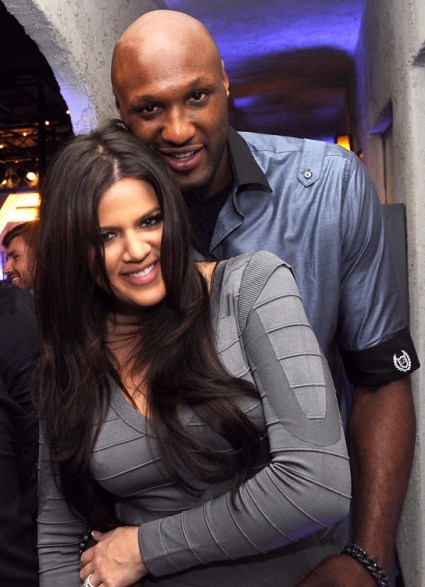 Khloe Kardashian and husband Lamar Odom have a lot to be thankful for. But the couple are yet to be blessed with children and really want to start a family. Now the basketball star has admitted he is jealous of Khloe’s sister Kourtney Kardashian who is pregnant with baby number two.

We’ll get to see their struggle with getting pregnant in season two of Khloe & Lamar. A teaser which has aired for the new series gives a greater insight into what the pair are dealing with. In one clip the Kardashian sister asks Lamar ‘Were you jealous that Kourtney got pregnant again?’  And he replies candidly “Yes, they get to have another baby and I don’t.’

It’s hard when couples who are trying to conceive have family members who appear to easily fall pregnant. Kourtney already has two year old son Mason Disick with boyfriend Scott Disick. Later this year the family of three will become a family of  four. It must be hard for Khloe to see that and not ask ‘why me?’

There’s been a lot of talk about Khloe and Lamar undergoing fertility treatments. They’ve denied the stories which surfaced late last year…the famous sister even taking to Twitter to set the record straight ‘I am not at this time in my life considering any type of fertility treatments. If and when I do, I will shout it from the rooftops but for now its in Gods hands‘.

Celeb Baby Laundry wishes Khloe and Lamar all the best in their efforts to start a family.