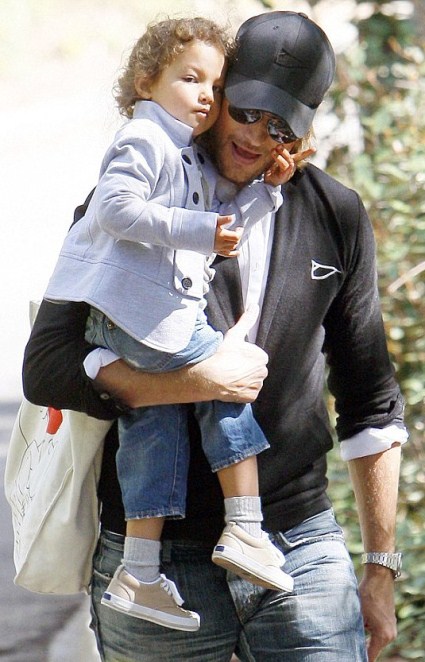 Halle Berry is off to Court today. It’s believed she’s going to secure legal protection for her daughter Nahla Aubry. The Oscar winner’s baby daddy Gabriel Aubry is being investigated for criminal child endangerment and battery according to TMZ and the incident in question involves their three year old girl.

According to the police report Gabriel Aubry allegedly pushed his nanny into a door while she held his daughter in her arms. It’s understood the Nanny  – who is employed by both Halle and Gabriel – went to pre school last week to pick up Nahla but she wasn’t there. She was told the kid had been absent that day.

The report goes on…the Nanny then went to Gabriel’s home to find out what was going on. When she arrived she found Nahla. She scooped her up and then asked her Dad why she was home and not at school like she should be.

Gabriel allegedly flew into a rage according to the report. He shouted ‘You’re the f**king nanny. Who do you think you are? You are a nobody. You don’t need to f**king know anything.’ Then the argument became physical. Gabriel allegedly pushed the nanny out the door with his daughter in her arms. A Police report was then filed claiming injuries to the hired help. It’s also understood child protective services have launched their own investigation into child endangerment.

It’s been a trying time for the Mom of one. Only last week her stalker appeared in Court and was sentenced to more than a year behind bars.