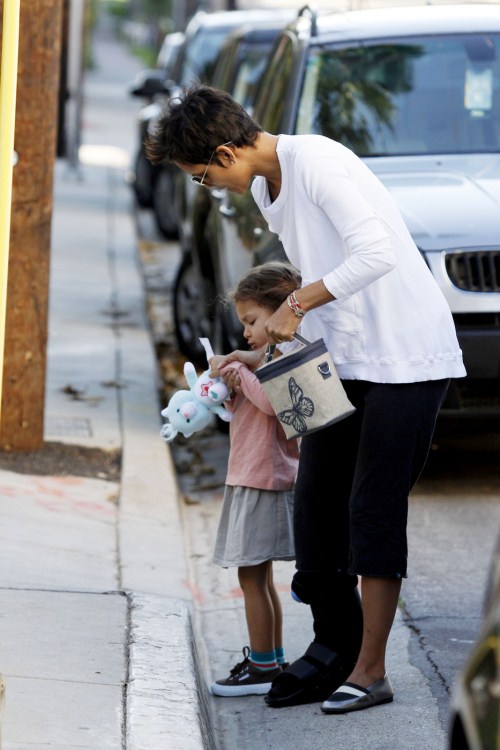 Halle Berry was spotted taking her daughter Nahla Ariela Aubry to school on Friday. The Frankie and Alice starlet is sporting a fresh cast on her right leg, and was noticeably limping as she walked with Nahla. Her spirits didn’t seem to be affected by her condition, however.

Halle Berry started dating Quebecker super-model Daniel Aubry in 2005, but has since separated in April of 2010.