Christina Aguilera: “My Son Is Healthy & Happy, So That’s All That Matters To Me.” 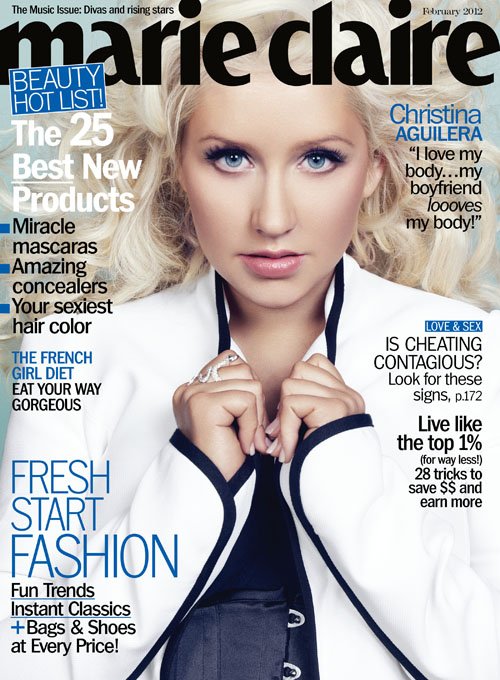 Christina Aguilera covers the February 2012 issue of Marie Claire.  Aguilera opens up about her divorce with husband Jordan Bratman, her body and the difficulties of being a single mother.

In 2010,  Aguilera filed for divorce from music executive Jordan Bratman, her husband of five years.

“That was a rough year,” Aguilera admits.

“Between my divorce and the other things I went through, a lot happened. It’s hard for anyone to go through that in public. But when you’re a celebrity and under a microscope, it’s 58 million times harder. I grew an even thicker skin after that hard year.”

Aguilera tells that she has learned to block out the criticism and tries to remember she has a healthy son and a boyfriend who loves her.

Even though she has a great boyfriend, Aguilera admits she can not single out her ex-husband because he is a great father.

“It’s hard not having the consistency of a partnership on a daily basis. It’s a struggle. But I can’t single out my ex-husband [as the problem] because he’s a devoted father and great with my son. We always make sure that we put Max first. I have help from family and good people around me in support of my career. I couldn’t do what I do without a strong team behind me.”