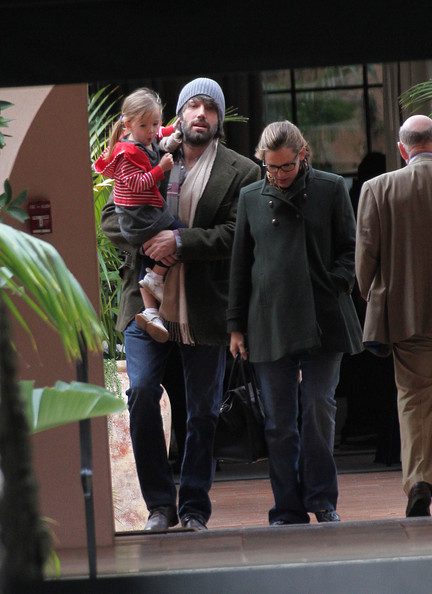 Pregnant-as-a-balloon Jennifer Garner has announced that she and husband Ben Afleck will drop the load of choosing a name for the unborn baby to their daughters, 6 year old Violet, and 3 year old Seraphina. Garner said that the girls are already working on the names:

‘Our girls are working on names. At first they were definitely Disney. It was like, Donald Duck, Minnie Mouse Affleck. “And then they’ve moved on. Then it was Peter Pan, Captain Hook, Smee. They’re coming up with lists and coming in and saying, ‘Let’s have a baby-naming contest! Let’s have a baby-naming poll! They ask everyone, because they just want to know. But we’re not telling.’

Ohh boy… things could get ugly for the unborn baby, whose sex is as of yet still a mystery. Minnie mouse sounds cool for a 3 year old, but how cool will that sounds in the school playground?

Speaking of the baby’s sex, Garner hinted at knowing but would not reveal what she knows. During her most recent visit to the Jay Leno show, she announced: ‘I would have thought [he wanted a boy]. At first I think I really thought so. And then he kind of said, ‘Well, we have girls. We know how to do girls. My girls love me. I’m the big guy in the house.’ So, now I’m not sure.’

It seems that the couple might be a little undecided about the sex they want their baby to be, but the point seems to be moot right now anyways.