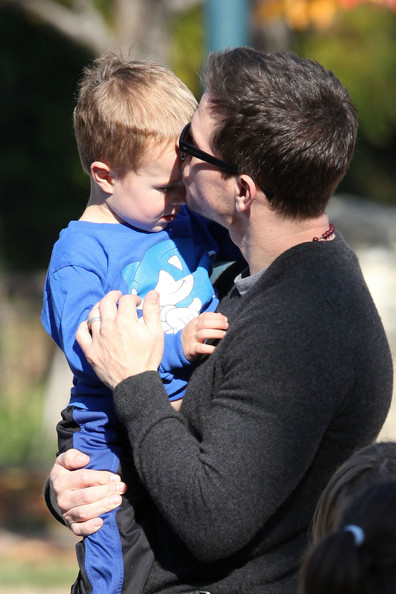 Mark Wahlberg  spent quality time with his wife Rhea Durham and children, Ella Rae, Michael, Brendan Joseph and Grace Margaret at a park in Beverly Hills, Ca on Wednesday. Wahlberg and Durham hugged and kissed as they watched their children play.  At one point, his youngest son Brendan Joseph ran up to Wahlberg for a big a hug and kiss.

Wahlberg’s new  thriller Contraband, which also co-stars actress Kate Beckinsale is set to be released on January 13, 2012. The film is a remake of the Icelandic 2009 film Reykjavík-Rotterdam.