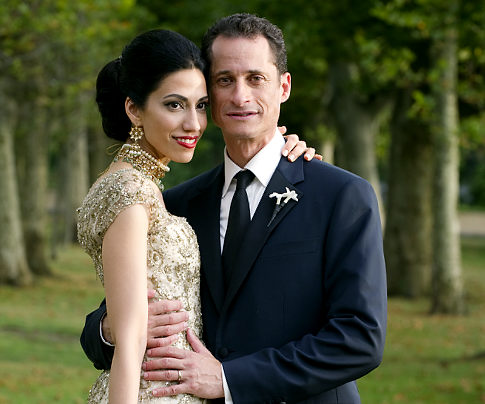 The baby, Jordan Zane Weiner who was born on Wednesday weighed in at just over 7 pounds.

The New York Times reported in June that Abedin was expecting  just days after Weiner, fessed up to engaging in X-rated internet conversations with at least six women over the last three years.