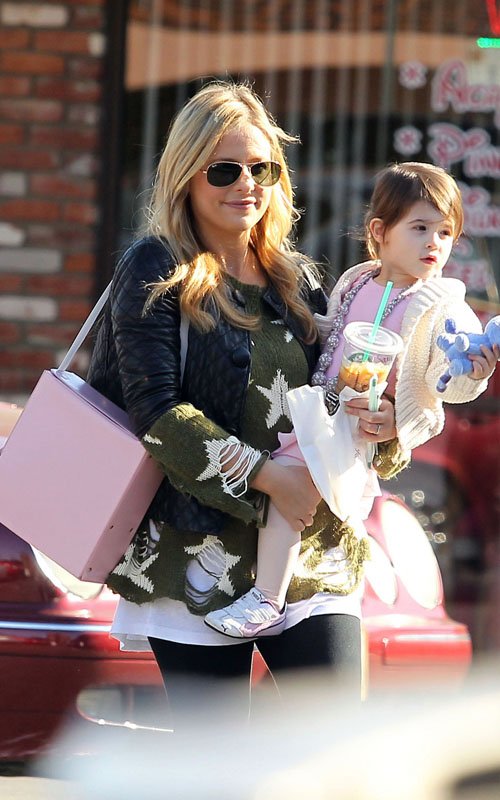 Sarah Michelle Gellar was seen out with her  2-year-old daughter Charlotte on Saturday.  Gellar carried her adorable tot who held a stuffed animal while they made their way to a coffee shop.  After, Gellar dropped Charlotte off at her weekly ballet class.

Gellar who is currently staring on the CW show, Ringer said she would reprise her role as Buffy Summers if it was on Charlotte’s  favorite show, Sesame Street.

“Yep, okay. But that would be the only place I’d return as Buffy,” Gellar said when asked if she would star alongside Seseame Street’s resident Vampire, Count Von Count.